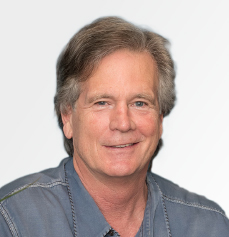 Hi, I’m Dr. Jack Palmer, a board certified internist, husband, father, philosopher, sports and yoga enthusiast. I’m the author of two books: The Bridge to Shangri-La for Optimum Health and Cell Power Got Energy. My life has taken many twists and turns in my pursuit to become an anti-aging doctor.

My route into the field of medicine began somewhat reluctantly. I was initially fearful of choosing this career path because though there had been many generations of physicians on my father’s side, I didn’t want my primary reason for becoming a doctor to be predominately to please my family. My mother’s family was from Yugoslavia, and with her familial ties, I eventually became motivated by an opportunity to study medicine in the city of Belgrade, which is now the capital of Serbia.

In the beginning, it was challenging, to deal with a different language and culture, compounded by the rigors of assimilating vast amounts of medical information. But in my heart, I knew that if I succeeded at this, nothing would ever be as difficult. Gradually, my confidence grew as I passed exams and became more acclimated to my European environment, and I developed a sincere passion for what I was accomplishing.

I had great-aunts and great-uncles who were in their eighties and nineties, at the time I was studying in Belgrade, and they were mentally lucid and physically active. They had lived through two devastating world wars, yet they were still loving, affectionate, and enjoying their lives. I thought they were amazing.

One day, my elderly relatives were visiting a niece and invited me to join them for lunch. During that visit, I took the opportunity to ask them how they managed to live so long and to be so healthy and happy. My great-uncle said, “We have no envy.” I asked him what that meant, and he said, “If someone gets a new car or wins the lottery, we’re happy for them and don’t desire anything for ourselves.”

His answer surprised me because it was in such contradiction to the society in which I was raised. His attitude towards life was inspirational, and I never forgot his words. All those lovely aunts and uncles lived to be more than one hundred years old, and I recall thinking that if I were blessed to live that long, I wanted to be as mentally and physically strong as they had been. A seed had been planted.

After graduating from medical school, I chose internal medicine as my specialty. Internal medicine is the course of study for all major diseases. It’s like the quarterback of the medical practice. I needed to find a residency program to complete my training, and the first year of internship, at St. Elizabeth’s Hospital in Youngstown, Ohio, was grueling. I spent many sleepless nights, while working extremely long hours and making the transition back into the American culture. Even though I was working hard, I was never deterred, and I became passionate about my training.

I was honored when I was invited to spend another year as chief resident for the hospital and medical school. The extra year gave me time to focus on my next hurdle. I was well trained to take care of hospital patients, but I had little experience for an office-based practice.

My first job was working in an emergency room. Within a year, I was offered a job in the VA hospital in Florida, in the geriatric/psychiatric unit. Most of my patients were elderly and few were still active and lucid – the exact opposite of my elderly relatives.

After three years, I transferred to the VA hospital in Long Beach, California. The private sector appeared to have fewer and fewer opportunities, as doctors were losing their autonomy to HMO’s and insurance companies. I spent the next few years in the County Healthcare Agency of Orange County, in correctional medicine. I enjoyed a certain amount of autonomy, but I was gradually losing passion for my work.

My mother died from cancer at 67. After she passed away, at a relatively young age, I was recalling her elderly, healthy relatives, and I was determined to try to find out why she didn’t have the same opportunity for longevity that they had enjoyed. A simpler, less stressful life was no doubt part of the equation, but I instinctively knew there was more to this puzzle.

After I attended my first anti-aging medical convention, I felt an immediate sense that this area of medical science had the potential to answer my questions and to rekindle my passion. The legacy of medicine, from my paternal family plus the longevity from my maternal family encouraged me to pursue this as a new field of study. Since embarking on this journey and opening my anti-aging practice in 1997, I have renewed my passion for medicine, as well as gained more energy and passion in my life.

My mission now is to help and guide others, so they, too, will have a longer, healthier, and more passionate lives.

Learn more about my anti-aging philosophy.

“As a school teacher, I used to get colds all the time. Now I don’t. Dr. Palmer’s program has boosted my immunity and energy.”